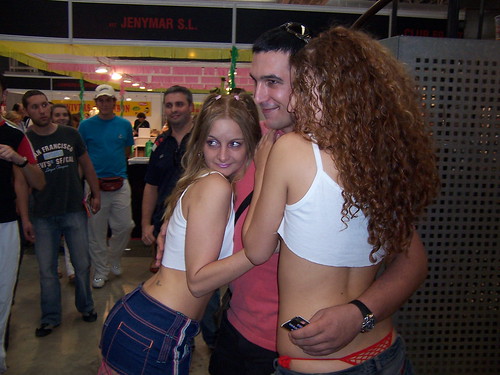 A friend was visiting Medellin for the first time, and he finds the seamy side of things interesting, as I do. Before he arrived, I had been in some of the unsavory areas of Medellin Centro, but I hadn’t really done more than a few brisk walk-bys. My friend, whom we we shall call “Gus,” is either more motivated or simply braver, but he wanted to explore an area like this, mostly just out of curiosity, and as I was also interested, we made a couple of sorties into one of the ‘caution advised’ areas.

Our first trip was in the afternoon. We started out in Parque Bolivar, just a few blocks away from the Parque Berrio metro station. It was mid afternoon and it had been raining a bit, so there wasn’t much going on in the park. We took a left at the top end of the park, near the church, and in less than a block we encountered our first street walkers. As expected. We wAfter eren’t looking to hook up with anybody, just to ‘sight see,’ so to speak, so we kept walking and just took in the scenery.

After walking around a few blocks, I talked Gus into stopping in a little bar to just watch things from a sitting position. Gus agreed, though he doesn’t drink. I ordered a beer and sat back to watch the scene. There were a half dozen or more working girls (and guys, depending on how you want to call it) hanging around. Some were rather obviously female, some rather obviously trans and some that were questionable. Most of them left us alone other than trying to make eye contact. I was sort-of in the path to the restroom, so the ‘girls’ passed by rather frequently. A few would say ‘hi baby’ or some such or maybe touch my shoulder, and others just passed by.

For the sake of research, I bought one a beer for one who seemed female, if not exactly attractive, and had a conversation with her. She turned out to be rather dull and I can’t say I got much for the dollar I spent on her beer. Gus had a little better luck with another one that he went over to talk to after buying a drink for her (or him, it was one of the questionables). He was quoted a price of about $7 plus maybe 5 for the room for a BJ. He wasn’t really interested other than to get a price check.

We left after about 20 minutes, and went off to have an early dinner. He was tired, as it was his first full day in Medellin, so we parted after dinner and I went home. I apologize for the mundane nature of this post, but I am just setting the scene for more interesting stuff to come about the wrong side of the (metro) tracks in Medellin. The nest episode(s) will get into a lot more of the nitty gritty. Patience!