Or as she likes to call it, my “novia.” I don’t like to talk much about my own personal life, but my “novia” is sufficiently impersonal to the point where I feel okay talking about her (and myself).

Our relationship began with a bang. Literally. I had a friend visiting from back home, and he showed interest in the “casas” here in Medellin. It doesn’t matter which one, really, but he found a girl to his liking and ‘pulled’ her, as mongers like to call it. So I was looking at a half hour of doing nothing, or I could choose one of the other girls and spend my time… you know. I chose one who was my preferred type, tallish and with fair sized breasts. I don’t ONLY do chicas of that description, but I do find myself drawn to them.
[rau]
Thus I met my future “novia.” The session was fine, and “Consuela” gave me a pretty good GFE in our half hour of love, and somehow in the process of asking her if she did house calls (domicilos) and getting her phone number,
she began calling me her “novio” and herself my “novia.” I played along, not taking it seriously.

Consuela took it more seriously than I did, though her idea of what a girlfriend/boyfriend relationship entails is pretty limited. She’s very good at sending me sweet text messages. She calls me “mi rey” (my king), “principe” (prince), “cielo” (heaven/paradise), “mi vida” (my life) along with the standard “amor” and “mi amor.”

She also makes prodigious use of the emojis that are meant to express love and lust. To her credit, she also sends me pictures of herself, sometimes just sexy, sometimes outright nasty. In addition to that, she carves three hours out of her month to spend in bed with me, for which I pay.

Why do I bother with her? Well, she’s inexpensive and pretty decent in bed. At some point she may begin to make some demands beyond reciprocating her flattering talk. If she enjoys playing girlfriend via text messages, it’s no big deal.

There are obvious cases where the answer is clearly “NEVER AGAIN!” Why would anyone want to repeat with a chica who was just plain lousy? I suppose there are times when the client gave a bad provider a second chance because he just couldn’t believe she would be that bad a second time. I will admit to giving a mediocre performer a second chance, but it was always a mistake. And as far as giving a seriously bad experience a second chance, no way.

But there are reasons for not repeating that are not due to bad performance or lack of appeal. The main reason comes down to a desire for variety. In my experience, most men like a change of pace, or in some cases, a continuous stream of new women. This isn’t to say that there aren’t some men who ONLY want ONE partner. They do exist, it seems. They aren’t particularly common though, as far as I can see.
[rau]
But there are reasons to repeat even for those who are fond of variety. I think most mongers who have been around the scene for a while have their ‘favoritas.’ The ‘favorita’ may not be the only woman he ever wants the rest of his life, but she’s someone he wants from time to time, at least. Perhaps she offers something unique to the experience… a certain look or attitude or technique, or maybe it’s just that she is reliably good.

I have a favorita whose look, attitude and performance are pretty much everything I look for. And yet, I haven’t been back to see her in a while. The reason is simply that there are SO many good options (in theory) here in Medellin that I am more motivated to seek out new experiences than repeat with a sure thing.

If I were here for only a weekend, there is no question that I would probably seek her out first. And if I only had enough money for one chica a week, I would also probably spend it on a sure thing. But fortunately, neither is the case. And in the end, I think it comes down to a similar trade off for all mongers. We remember the really good ones and repeat when we’re looking for a certain experience or we don’t have the time or opportunity to do random sampling. Otherwise we mix in favorites with variety. Sounds good to me. 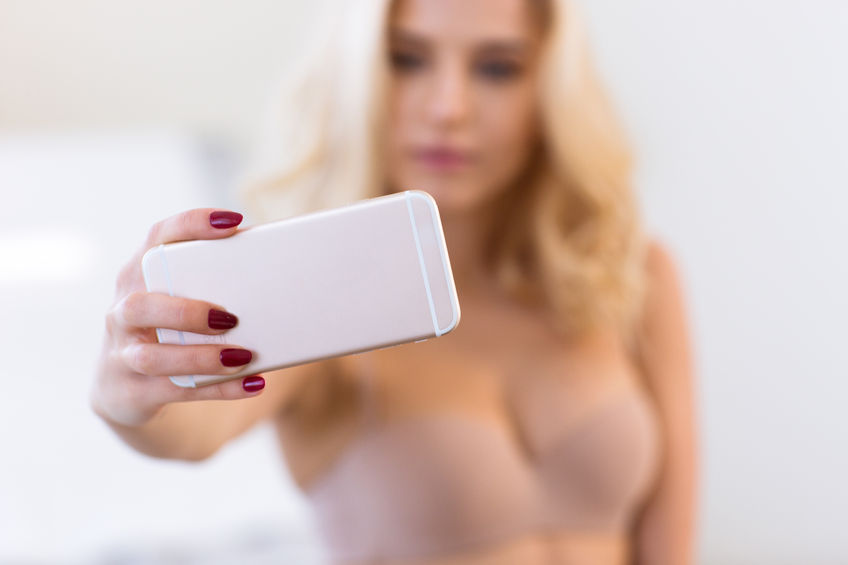 or… too much of a good thing.

At first, Frances seemed too good to be true. She wasn’t a 10 and she wasn’t 18. She wasn’t a spinner or a hard body. But she DID love to do the wild thing and she DID NOT charge me.

When I say she liked sex, I am understating the case. While we were having lunch after just meeting, she told me that she had seen a therapist or psychologist who assured her (to her relief) that she was NOT a nymphomaniac. This seemed to be enough to reassure her, though I’m not quite sure what definition of ‘nymphomaniac’ they were using. It might have been something like “well, I don’t go out every night looking for anonymous sex with multiple men.” If that’s the definition, then yeah, she’s not a nymphomaniac.

Whatever the case may be, it was clear that after we finished our lunch we would go back to my place, which we did, indeed. Once we got there, it wasn’t long before we were both naked and she went into action. I apologize for the not being able to get graphic on this blog. It’s a limitation we just have to live with. But I’ll still try to give you an idea.

Frances began by pulling down my shorts and doing what is standard practice in adult videos. What’s not standard practice, though, is the fact that she reached climax while doing this for about 2 minutes. Once we had both disrobed, she got into cowgirl position, where she began her really serious work.

Her ‘enthusiasm,’ we’ll call it, was off the charts. I rather prefer a relaxed approach, at least at first, but she was having none of that. She went right to the main event, and had completed her own second ’round’ within a very few minutes. In my experience, there is usually at least a bit of a rest period after a woman has a ‘bingo,’ but not Frances. She slowed down slightly, but was soon on her way to her second bingo, which she achieved within another minute or two. I have been with some very responsive women, but Frances was a freak of nature like I had never encountered before.

Good sex, for me, depends on rhythm. Unfortunately, Frances was dancing to her own voodoo drummer’s frantic pace, and I really couldn’t catch up. It was a bit like trying to write a text message on your phone while riding a roller coaster.

In any case, after an hour of hard riding and countless bingos, eventually she had to go and I was able to catch my breath. She’s a wild one and she’s free, but our styles don’t really match. Still, she’s fun and she doesn’t ask for money or want to fall in love. So WTF?

As I was saying last time, I did have a little luck, rather unexpectedly, I have to admit. I had adjusted my standards and was “liking” women whom I would not have selected in a “pay for play” situation, but were still POSSIBLY appealing. No matter how many pictures they post, you only really get an approximation of what they look like in person.

But in any event, and I’m not sure exactly who found whom, I began chatting with a woman whose photos looked decent and lived rather close to me. She gave me her WhatsApp/phone # and we were soon “chatting.” I should mention that in her “profile,” her reason for using Badoo was stated as wanting to date someone between 50 and 70. Well, I was in the age range, and when I read that I suspected perhaps she was looking for “clients.”

We began our conversation in the usual way, asking about family, location, and unexciting stuff but breaking the ice. The conversation continued a while and eventually we set up a date to meet. She messaged me the next day saying she was sorry but her “time of the month” had arrived and it would be better to meet after her “time” had passed. As she informed me of this, she made it pretty clear that she was expecting to have sex with me after we had lunch. In fact, she went into a fair amount of detail about what she wanted to do.

It was about there in the conversation that she began to send me some photos and even videos of herself that would be far too risque to share here, definitely “not safe for work” stuff. All this before we had even met in person. I was pretty sure I had come across a pretty hot number.

A few days later we did indeed meet, and I wasn’t wrong in thinking she was highly sexed. Due to limitations of the sort of things I can talk about in this medium, I can’t go into much detail. I will go so far as to say she was extremely “responsive.” She became excited quickly and repeatedly, seemingly insatiable.

I was still unsure if she was a pro or not, but when she finally left, all she would accept was taxi money, which was minimal. She still comes to see me and other than money for transportation and refreshments, she asks for nothing except the use of my body. I do call that luck.