Having done a daytime walking tour of one of Medellin’s red light districts, my friend Gus and I decided to give the area a try in the evening. On our daytime trip a few days before, we had both noticed a number of bars where working girls seemed to hang out, quite a few being on a section of Carerra 53 between Calles 53 and 54. This isn’t the only street like this in the larger area between Parques Bolivar and Botero, but we thought there were enough places there to give us a sample of what it was like at night.

We certainly weren’t disappointed in the number of street girls both on the streets and in various bars. Not surprisingly, there weren’t any 10s, but there were a few chicas that didn’t look bad and we were thinking that maybe we’d sit down in one of the bars and have a beer, maybe chat with a girl or two. That was the plan, at least. Things didn’t quite turn out as planned.

The problem we encountered immediately was that every single bar had the music turned up to eleven. Loud hardly describes it. We struggled to find a place that wasn’t excruciatingly loud, and I can’t say we really succeeded. We did pick one of them and sat down at a table. It was mildly interesting other than the loudness and the heat inside. But it was obvious before the first beer arrived that there would be no interaction between either of us and any of the women inside. Either of us could have picked out one of the chicas, led her outside and tried to strike a deal for a quickie, but the idea of actually talking to one inside was out of the question. We couldn’t even understand each other yelling across the tiny table, let alone conversed with one of the putas in Spanish.

I did see one place that had some potential for me, personally. It was a bar up front and a billiard parlor in the back. The volume wasn’t bad and although there weren’t a bunch of prostitutes hanging out there, there were plenty walking by and I feel reasonably sure I could invite one to sit and have a beer with me.

Gus and I gave up on the bar idea after my first beer and decided to go the strip club route at Conejitas, which was just a few short blocks away. I’ve mentioned the place before and like before there were some attractive chicas there and the place was only moderately loud… still quiet enough to actually communicate if you didn’t mind raising your voice a bit. All in all, nothing much happened that night. I feel it is my duty to point out that this area is pretty seamy. We felt reasonably safe that night, but there were plenty of drugged out and homeless types scattered about and some of the people we passed, even some of the hookers, were quite high on the unpleasant aroma scale.

But that was our walk on the wild side at night and I may go back again some late afternoon or evening. Or maybe not. Time will tell. 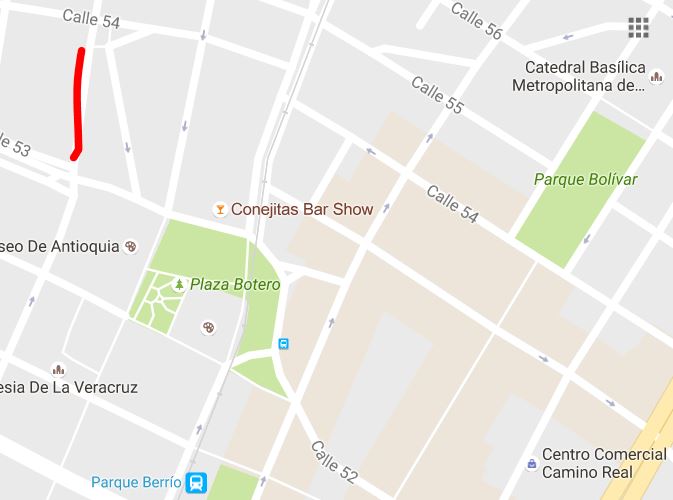