Police in Medellin this week closed 25 Airbnb and private apartment rentals in the Poblado neighborhood of Medellin.

In addition to the 24 private apartments, police closed 32 other businesses that were identified as hostels or tour agencies, and which had been located in the vicinity of the infamous Parque Lleras or Zona Rosa of Medelin.According to Martinez the hotels offered rooms for as little as $12 per night, and their closure will put the brakes on violence and sexual exploitation, connected with sex tourism.

Like his other books, “Last Tangos in San Jose” consists of numerous stories concerning his interactions with sex workers, as well as observations regarding the ‘scene’ and the ‘hobby’ in general. The author is quite non judgmental, and obviously has a great deal of affection for the workers, even those who behave badly, of which there are a fair number. He is quite candid about mistakes he made and times he should have been more distrustful. But rather than becoming bitter, he takes the bad along with the good and enjoys his life and lifestyle in the San Jose scene.

He shares the story of the stripper’s night off, a pair of look alike sisters, a clueless gringo or two plus an epilogue to his biography of “Magdalena.”

You can enjoy this book whether or not you have read any of the previous books. If you have only read “Clueless Clyde in Costa Rica,” this book gives a slightly different perspective on the ‘hobby.’ It’s an easy read and the stories all ring true. 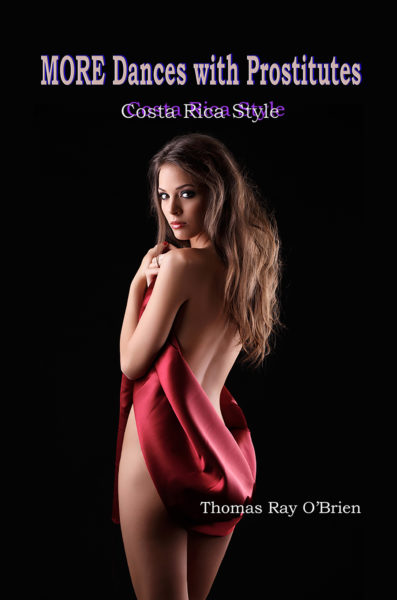 Thomas Ray O’Brien is at it again, telling stories about his life in San Jose, Costa Rica, and the chicas and mongers who make up the ‘scene.’

Anyone who has not had the pleasure of visiting San Jose and consorting with working girls will find this book amusing as well as informative. Those who HAVE had the pleasure will likely nod their heads as they smile and think “yeah, that’s San Jose alright.”

You’ll also meet some of the gringos who enliven the scene with their ‘peculiar’ personalities, and more importantly, their money. My own particular favorite is the story of the transvestite who wasn’t, and her encounter with a couple of gringos. There are also a few scattered opinion pieces about the girls, the gringos, the scene and everything pertaining to it. if you are at all familiar with San Jose, you may know some of the folks in the book and will certainly recognize some of the stereotypical mongers and chicas therein.

An audiobook version of this is also available on Audible.com. Click here to browse or order the Kindle or Audio Book.

With the arrival of May in San Jose, Costa Rica, the yearly “green” season also arrives. Also known as the rainy season, it starts around the first part of May and generally lasts until sometime in November.

The “high” tourist season generally ends around this time, as well, as the tourists from up North no longer feel the overwhelming urge to escape the cold in Costa Rica’s tropical climate. Meanwhile, the yearly rains come. For the beach towns, the rains are definitely a proverbial “wet blanket.” The beach is the obvious attraction, but those looking for an idyllic beach vacation aren’t looking for a tropical downpour to soak them when they lubricate themselves with coconut oil and sprawl on the beach.

On the other hand, indoor activities such as those that abound in San Jose go on uninterrupted. What sort of activities? Well, rain might discourage beach bunnies from strutting their stuff on the beaches, but under the sheltering roof of San Jose hotels and bars such as Zona Two, Sportsmens Lodge and the Del Rey Hotel, the lovely chicas don’t have to worry about getting their hair wet. Not from the rain outside, at least.

Besides the lovely eye-candy, you might want to try your luck at roulette or black jack, or even try the one armed bandits. And it goes without saying that the food and drink are likewise unaffected by whatever may be happening in the skies above.

Low oil prices and fewer tourists mean better prices. As well as getting a better price on airfare, it’s also easier to book yourself a room in the hotel of your choice. You’ll also be avoiding the crush of gringos competing for, shall we say, the attentions of the local ladies?

Although it’s the rainy season, the rain isn’t some sort of horrible monsoon that goes on day and night. In San Jose, the rains seldom arrive before early afternoon and don’t often last more than an hour or so. So maybe you’ll have to duck under an awning for a while or take a taxi to your favorite watering hole or whatever. No big deal.

Bottom line, now is a great time to come enjoy what San Jose has to offer. Come on down!