As I was wandering through the web, I read a random comment somewhere to the effect of: “Why does Superman even bother being Clark Kent? Why not be Superman all the time?” Even though I read a fair amount of Superman comics as a kid, that thought never occurred to me. But having a secret identity isn’t only for comic book superheroes. If you are acquainted with a sex worker or two, it’s extremely likely that you know someone who has a secret identity. And unlike Superman and Clark, you probably have a good idea why.

It’s no secret that there’s some stigma attached to providing sexual favors for money, whether it be a streetwalker or an ex-Playboy model who marries an eighty-something billionaire. Personally, I hold neither in contempt. I probably have more sympathy for the streetwalker, but I tend to root for underdogs more than over-dogs.

Since I can speak passable Spanish and I have a curious nature, one of the things I often ask working girls I am with is whether their family knows what they do for money or not. The answer is ‘no’ more often than ‘yes,’ but it’s not universal. “Magdalena.” the subject of one of my books, was upfront with her family other than a short time when she was just starting out. Several of the older girls from San Jose were open about their jobs with their families, including children. Chicas who grew up in really bad neighborhoods were generally more open about their work than those who came from slightly better circumstances.

Economics being what they are in poorer countries, it’s not uncommon to come across students, although I suspect there are more girls who say they are students than actually are… it just lends an aura of respectability and dignity that they might not otherwise feel.

Perhaps in some future world where people are more accepting, it won’t be necessary to hide being a sex worker. I think it’s becoming less of a stigma, but society isn’t there yet. Maybe some day.

Police in Medellin this week closed 25 Airbnb and private apartment rentals in the Poblado neighborhood of Medellin.

In addition to the 24 private apartments, police closed 32 other businesses that were identified as hostels or tour agencies, and which had been located in the vicinity of the infamous Parque Lleras or Zona Rosa of Medelin.According to Martinez the hotels offered rooms for as little as $12 per night, and their closure will put the brakes on violence and sexual exploitation, connected with sex tourism. 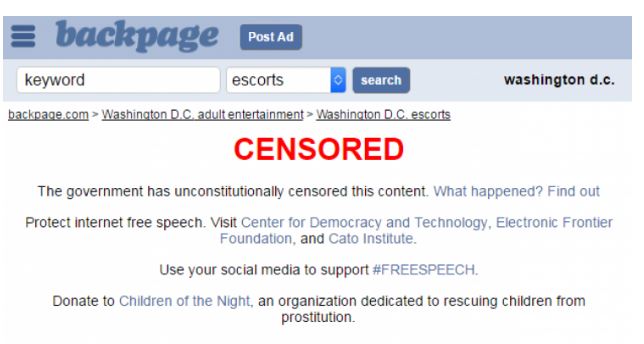 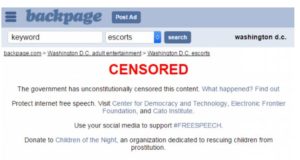 Chalk up another victory for the moral crusaders. From the Washington Post:

Backpage.com abruptly closed its adult advertising section in the United States on Monday, saying years of government pressure left it no choice but to shutter its most popular and lucrative feature.

You can read the full article here.

The article lays it out pretty well, and I suggest you read it. It should come as no surprise that I lament the closing of Backpage’s adult section, but I have no say in the matter. I suppose it could lead to a revival of the local tabloids whose ‘back page’ was the inspiration for the website’s name. But it certainly will make life more difficult for sex workers and their clientele.

The United States, for all its posturing of being the land of the free, is a very Puritanical place. Politicians and others have made their careers ranting against sex of any kind. Margaret Sanger, pioneer contraception advocate, was jailed in 1916 for distribution of literature about contraception. That was 100 years ago, but the same moral crusaders are still hard at work, and they are still successful at times, as in this instance.

Thankfully, men are, so far at least, allowed to travel to other countries not run by the Neo-Puritans. I have lived in two and visited others. I feel sorry for those whose situations prevent them traveling to freer societies than the so-called ‘land of the free.’

I’d write more but I have a date with a local chica who advertised on internet.

I ran across her advertisement on one of the online escort sites for Medellin and I liked both her picture and her description. The picture showed a slim girl with smooth skin and a well proportioned body. Medium small natural breasts with attractive (to me) nipples. My translation of her advertisement follows:

Beautiful Lolita with desires to be screwed. Totally sensitive, I am a girl very dedicated. My name is xxxxx I am 18 years old. I am very extroverted and love kisses and tender caresses before beginning the perversion of our encounter. I know how to please a man like you who is looking for fun. I move my sweet hips and bring you to the point of climax. Touch and kiss my breasts with tenderness and passion so you’ll know when to screw me like crazy.

Thus went her advertisement. Now, I wouldn’t call it outright fraud, but ‘stretching the truth’ wouldn’t be totally wrong either. I get that the point of these come-ons is to get you there and get your money. Generally speaking, there is enough truth to the advertisements where the customer, in this case yours truly, won’t get so upset he complains or even demands his money back. In this case, Miss X was just good enough and just close enough, but as far as wanting to spend money on her services again? No thanks.

To be a bit more specific, I would never call Miss X ‘extroverted.’ ‘Businesslike’ would be a better description. I don’t think 99% of the chicas know what they are referring to when they call themselves a “Lolita” but I will admit that Miss X didn’t look any older than her stated 18 years. I wouldn’t quite call her ‘beautiful’ but she was attractive enough. for me. She was willing to kiss and did it well enough, but I wouldn’t say she ‘loved’ to kiss. She was competent in her technique, but she didn’t drive me crazy and didn’t drive herself crazy either. As far as being dedicated, she was dedicated to making money. I talked to her a while afterwards and she told me her ideal day was the day she had the most customers. She said she did get a little worn out on the days when she had 4 customers or even more, but she was in it for the money and the more customers, the more money.

Bottom line, she was physically very nice, her attitude was acceptable if not anything special, but I won’t bother with her again. I’ve been around too long to think you have to settle for mediocre.